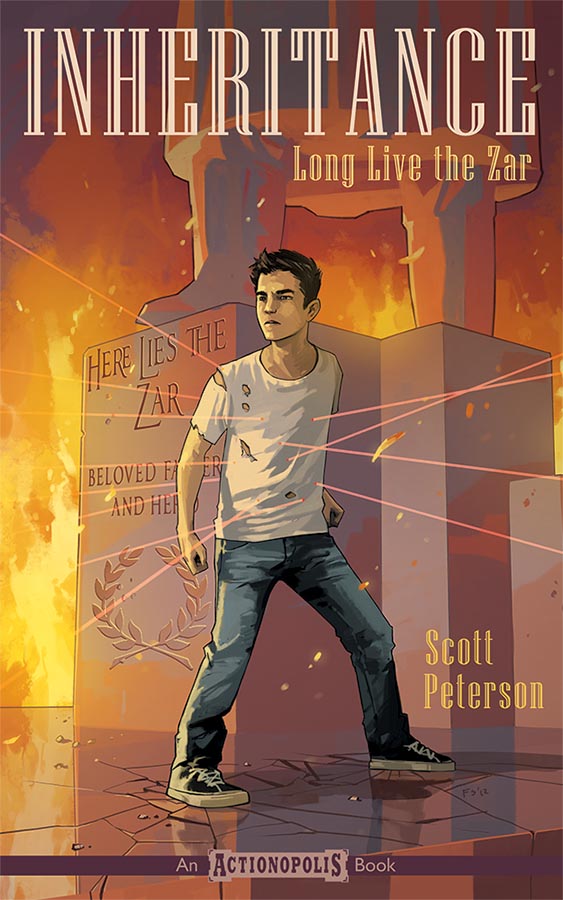 A teenager named Ned must deal with the realization that his father was secretly the world’s greatest hero, the Zar. This realization is short lived when his father is impossibly killed by assassins. Coming to terms with the loss of his father is even harder because Ned’s older brothers think they should have inherited these mighty abilities instead. Now hunted by his father’s killers, regardless of the fact he doesn’t have any idea who they are or how to control the superpowers he’s inherited, Ned must learn quickly or die just like the hero who came before him.

About the Author: Scott Peterson got his start in comics as an editor on the Batman line of comics, working with the legendary Dennis O’Neil

A young man is tattooed with the ancient blood of the world’s last dragon and must embrace the power coursing through him i ...

The Intergalactic Robot-Wars are over. In the aftermath, planetary systems have collapsed and power hungry despots rush to fi ...